NASA astronaut Nicole Mann gives a thumbs up from inside the Orion mockup, Wednesday, July 10, 2019 at NASA’s Johnson Space Center in Houston, Texas. 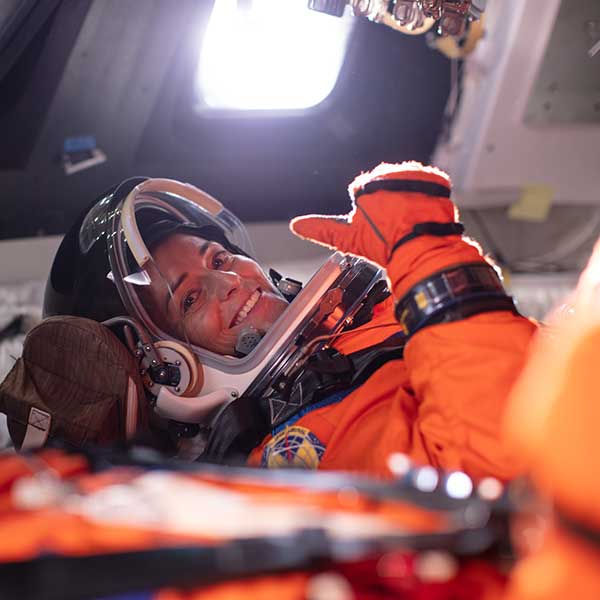 Nicole Aunapu Mann was selected by NASA in June 2013. She is currently training for the crew flight test of Boeing’s Starliner spacecraft, the first crewed flight for that vehicle. Mann and her crewmates are working closely with Boeing to develop their new spacecraft systems, which will provide roundtrip crew transportation services to the International Space Station and, along with SpaceX’s CrewDragon, return the ability to launch humans into space from United States soil. The California native holds a Bachelor of Science in Mechanical Engineering and a Master of Science in Mechanical Engineering. Mann is a Lieutenant Colonel in the Marine Corps and served as a test pilot in the F/A-18 Hornet and Super Hornet. She deployed twice aboard aircraft carriers in support of combat operations in Iraq and Afghanistan.