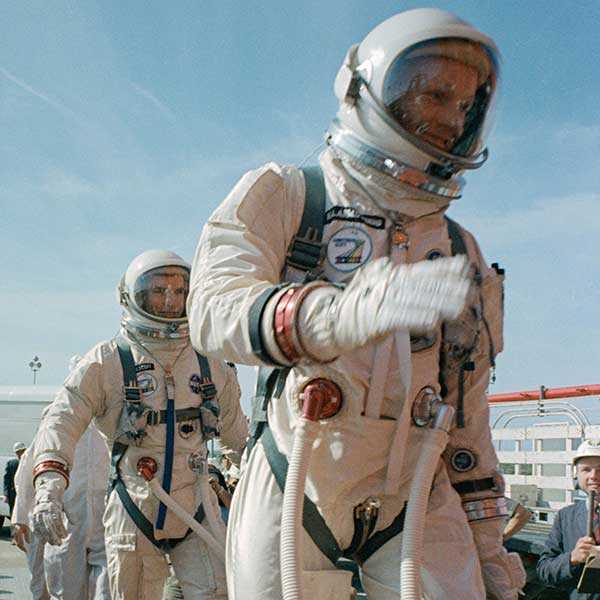 Gemini VIII successfully launched at 11:41 a.m. EST, March 16, 1966. The mission conducted the first docking of two spacecraft in orbit and landed safely back on Earth after an emergency abort.

The mission was a major milestone in two ways: First, it proved that two space ships — each traveling ten times faster than a bullet — could dock in orbit. Second, it proved that NASA’s astronauts and flight controllers really did have the right stuff needed to handle life-or-death situations. In fact, several senior NASA managers have credited Armstrong and the Gemini 8 Mission Controllers with saving the space program. Less than a month earlier, two astronauts had been killed when their plane crashed during a bad-weather landing. At the time, there was growing sentiment in Congress that the Moon landing was a fantastic money-pit; a spacecraft malfunction killing two astronauts — so soon after the deaths of two others — would have been just the excuse the Luddites needed to shut NASA down.

And of course, Gemini 8 also launched the space career of Neil Armstrong — not only the first man to walk on the Moon, but the man whose steely nerves made that Moon walk possible.