Astronaut Walter H. Schirra Jr. (on right), Command pilot, prepares to remove his helmet and climb from his Gemini VI spacecraft as he and Astronaut Thomas P. Stafford (not in view) arrive aboard the aircraft carrier U.S.S. Wasp. 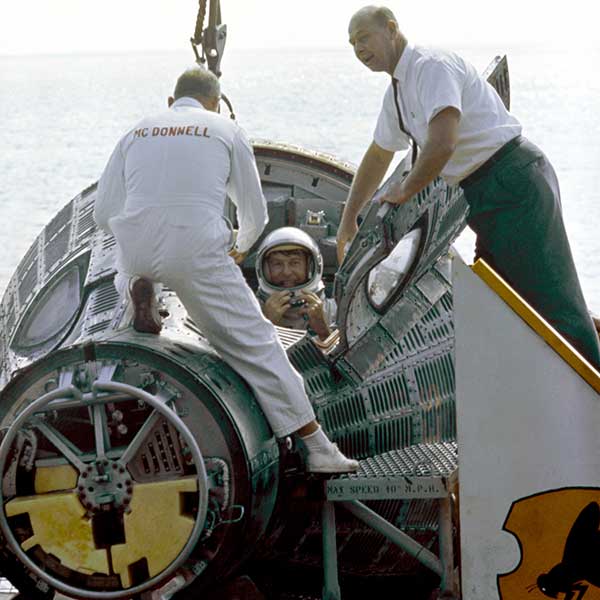 Walter Schirra, Jr. was one of the original seven U.S. astronauts and the only astronaut to fly in all of America’s first three manned space programs; Mercury, Gemini, and Apollo.