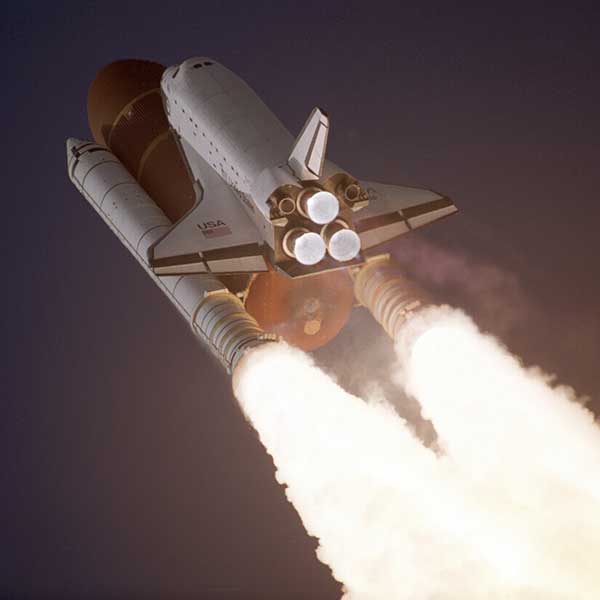 The STS-27 was the third classified mission dedicated to the Department of Defense (DoD). On STS-27, Atlantis and her crew were lucky, touching down on Edwards’ dry lakebed Runway 17 at 3:36 p.m. PST (6:36 p.m. EST), after a mission of four-and-a-half days. When the astronauts disembarked, they saw a gaggle of engineers gathered around the shuttle’s nose, shaking their heads in disbelief at the extent of the damage. More than 700 tiles had been damaged and one, close to Atlantis’ nose, was missing. The damage extended right from behind the nose cap, along the belly and stopped just short of the wing leading edges. The rudder speed brake had been hit repeatedly and the OMS pods hat 14 impacts. It began to dawn on everyone that Gibson, Gardner, Mullane, Ross and Shepherd had cheated death by a hair’s breadth.