The C-140 JetStar was reconfigured as the General Purpose Airborne Simulator (GPAS) to simulate the flight characteristics of other aircraft. 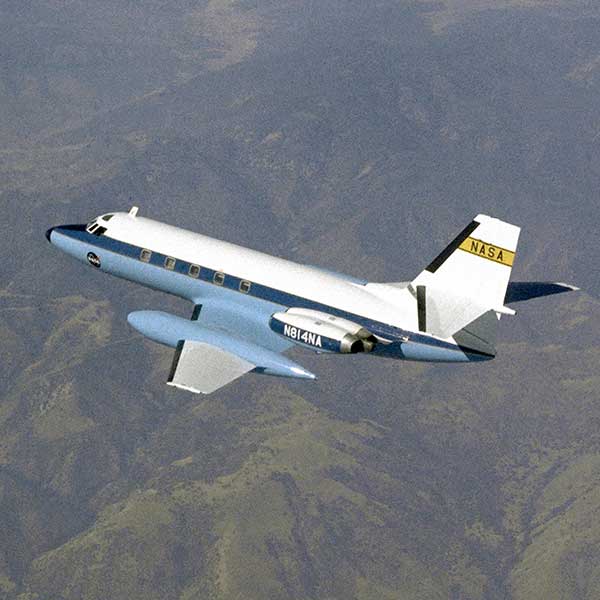 The JetStar was used for research for supersonic transports, general aviation aircraft, and as a training support aircraft for the Space Shuttle Approach and Landing tests at Dryden Flight Research Center (under different names) at Edwards, CA, in 1977. One of the engineers on the GPAS program was Ken Szalai, who later became Dryden’s director from 1990 to August 1998.

This C-140 is currently stored at the Air Force Flight Test Museum.