X-29 technology demonstrator aircraft as it lifts off from the runway at Edwards Air Force base on a 1989 test flight. 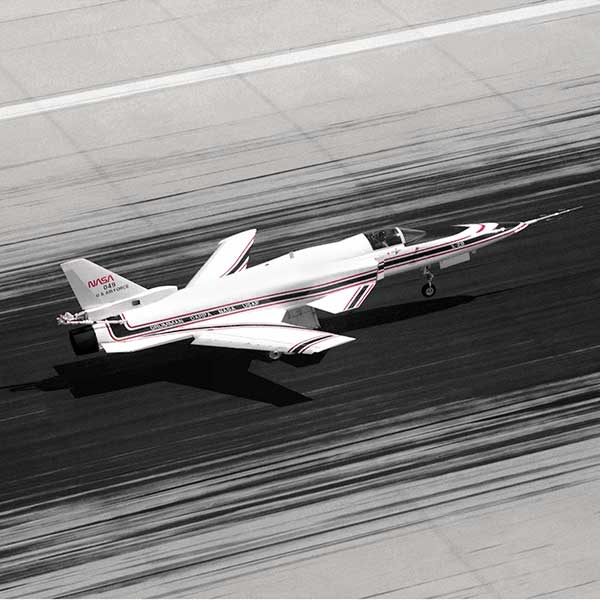 The X-29 was flown by NASA’s Dryden Flight Research Center, Edwards, California, in a program to investigate the unique design’s high angle of attack characteristics and to evaluate its military utility. This aircraft is the second X-29 forward-swept wing research aircraft built by the Grumman Corporation for the joint NASA-Air Force technology demonstration program.