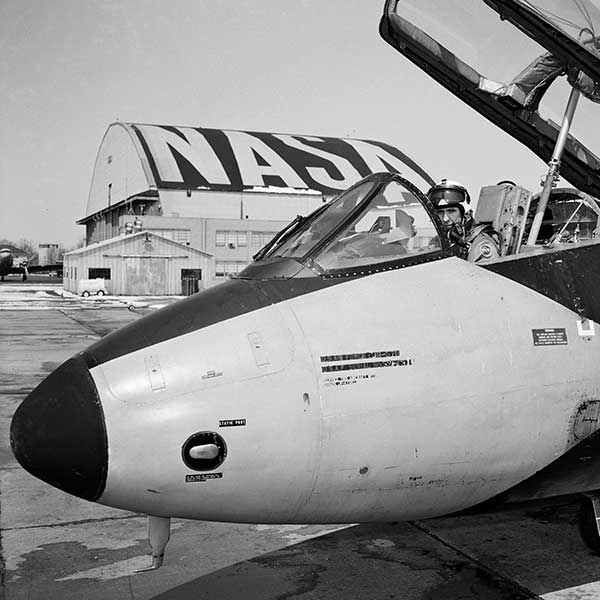 Lewis was in the early stages of decades-long energy conversion and space power research effort. Brandhorst, a member of the Chemistry and Energy Conversion Division, led a team of Lewis researchers in a quest to develop new power sources to sustain spacecraft in orbit. Solar cells proved to be an important source of energy, but researchers discovered that their behavior varied at different atmospheric levels. Their standardization and calibration were critical. Brandhorst initiated a standardized way to calibrate solar cells in the early 1960s using the B-57B aircraft. The pilots would take the aircraft up into the troposphere and open the solar cell to the sunlight. The aircraft would steadily descend while instruments recorded how much energy was being captured by the solar cell. From this data, Brandhorst could determine the estimated power for a particular solar cell at any altitude. Pilot Earle Boyer joined NASA Lewis in October 1962.