The two aircraft have been modified to support a variety of human spaceflight and scientific missions, including activities such as the astronaut direct return mission as mapping lava flows from active volcanoes and measuring the levels of ice melting at the Earth’s poles. These two Gulfstreams, are a part of the NASA Johnson Space Center Aircraft Operations Division (AOD) in Ellington Field (KEFD).

The Gulfstream GV’s primary mission is to return astronauts from Kazakhstan to EFD after ISS missions. 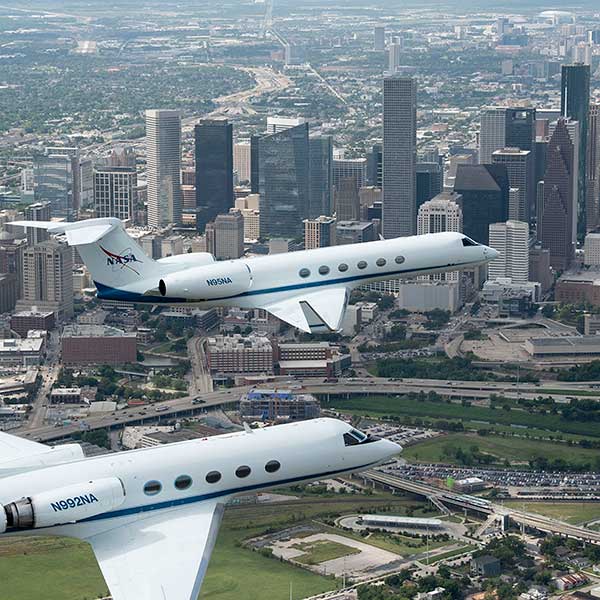