Dana began as an engineer on the North American X-15 program. He progressed to chase pilot, and finally as project pilot on the hypersonic research aircraft. He flew the rocket-powered vehicle 16 times, reaching a top speed of 3,897 mph. His peak altitude of 307,000 feet (nearly 59 miles high) technically qualified him for the Astronaut Badge, although he was not formally recognized as an astronaut until 2005. He was the pilot on the final (199th) flight of the 10-year program. 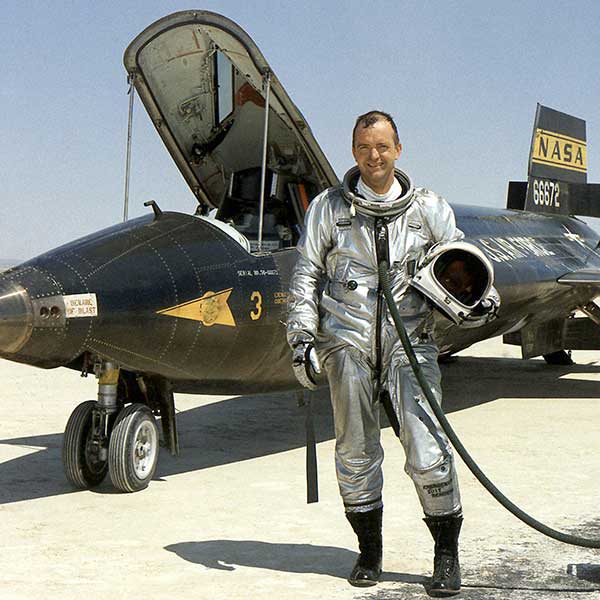