Changing the Perception of Aviation, one Intern at a Time!

Home / Changing the Perception of Aviation, one Intern at a Time! 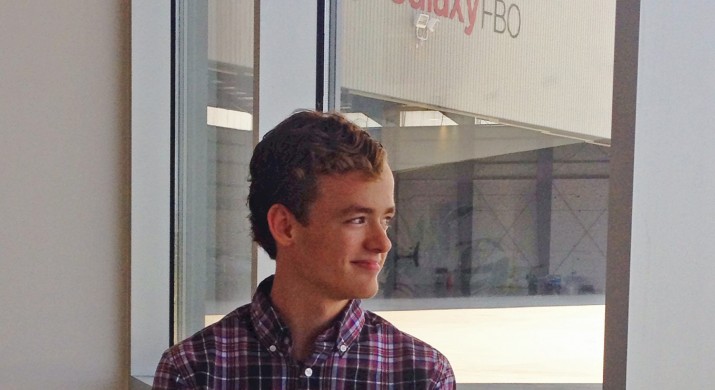 Changing the Perception of Aviation, one Intern at a Time!

“Ever since I became interested in flying, I had my mind set on the airlines. I always imagined that if you wanted to be in aviation, that was the only path to go on. My home flight simulator was always in use, loaded with Boeing 747s, Airbus A380s, and the like. Recently, however, my view of aviation and its career opportunities expanded exponentially. The main contributor to this was discovering the world of general and corporate aviation.

During my internship at Galaxy FBO, I gained a more wholesome perception of the aviation universe by diving into one aspect of it which most people don’t consider: corporate and general aviation. I was given an opportunity to go behind the scenes in Galaxy FBO and other corporate aviation related organizations, to experience so many eye-opening and informative things.

According to the National Business Aircraft Association (NBAA), general and corporate aviation contributes $150 billion to U.S. economic output and employs more than 1.2 million people. Although this means of travel is just 4 percent of the total air traffic, general and corporate aviation reaches 10 times the number of U.S. airports (over 5,000 public-use facilities) than the airlines do.

As a ‘Fixed Based Operation’ at the Lone Star Executive Airport, which is a reliever airport in the Houston Airport System, Galaxy FBO serves the needs of corporate and general travel. Working with the line service technicians at Galaxy FBO, seeing them service and fuel aircraft from small Cessna 172s to large cabin business jets, made me realize that there are so many vital jobs that keep the world of corporate aviation going.

I was also fortunate enough to visit the Hobby Airport during my internship to compare and contrast two different airport operations (Hobby Airport serves commercial airline traffic as well). I checked out the new Cessna Latitude static display and spoke with the sales team on how Cessna is shaping the future of business aircraft development with their new innovative cabin design and avionics suite. I’ve also visited a large FAA Part 91 / Part 135 Aircraft Management and Charter Operation at the Hobby Airport, climbed onboard their entire fleet, and spoke to other corporate pilots about their experiences. More interestingly, I was able to go behind the scenes at the Hawker Beechcraft MRO (Aircraft Maintenance, Repair, and Overhaul provider), to check out the progress on a Hawker 900XP Jet, which was going through its annual scheduled inspection.

My internship concluded with the privilege of riding jumpseat on a Wing Aviation managed Hawker 900XP, which was being ‘repossessed’ from Hobby Airport back to the Lone Star Executive Airport in Conroe.

Now, I have a much better starting point from which to decide my career path in aviation. I know now that flying for the airlines is definitely not the only option and a career in aviation doesn’t necessarily even involve flying! There are countless other jobs in aviation filled by people who are not pilots, but by those who service airplanes, schedule pilots on trips, specialize in aircraft financing, maintain airplanes, design new aircraft and so much more. Of course, pilots will always be needed, and are an integral part of all aviation. So, if you are thinking about a career in aviation, think big! There’s a lot more to it than you may think!”