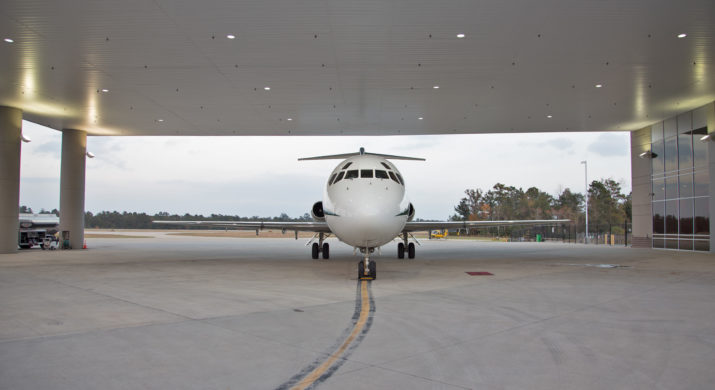 We frequently get asked if large(r) aircraft visit the Conroe North Houston Airport. This vintage DC-9 (Variant -15) visited Galaxy FBO recently. With its 89 feet 4 inches wingspan and 27 feet 6 inches height, we even fit it under our Arrival/Departure canopy!

The McDonnell Douglas DC-9 (initially known as Douglas DC-9) is a twin-engine, single-aisle jet airliner. It first flew and entered airline service in 1965. The DC-9 was designed for frequent, short flights, with a range up to 1,300 nm.

More than 976 DC-9s were built and the final DC-9 was delivered in October 1982. On January 6, 2014, Delta Airlines officially retired its remaining DC-9 following flight 2014 departing Minneapolis/St. Paul for Atlanta. Delta’s history with the DC-9 is a long one. The airline was a launch customer for McDonnell Douglas’ new aircraft back in 1965, where it replaced turboprops on popular domestic routes.

If you’re looking for this classic T-tail, rear-engine aircraft, the McDonnell Douglas MD-80 series, MD-90 and the Boeing 717 are all evolutions of the DC-9 design. Plenty of them still fly the skies. 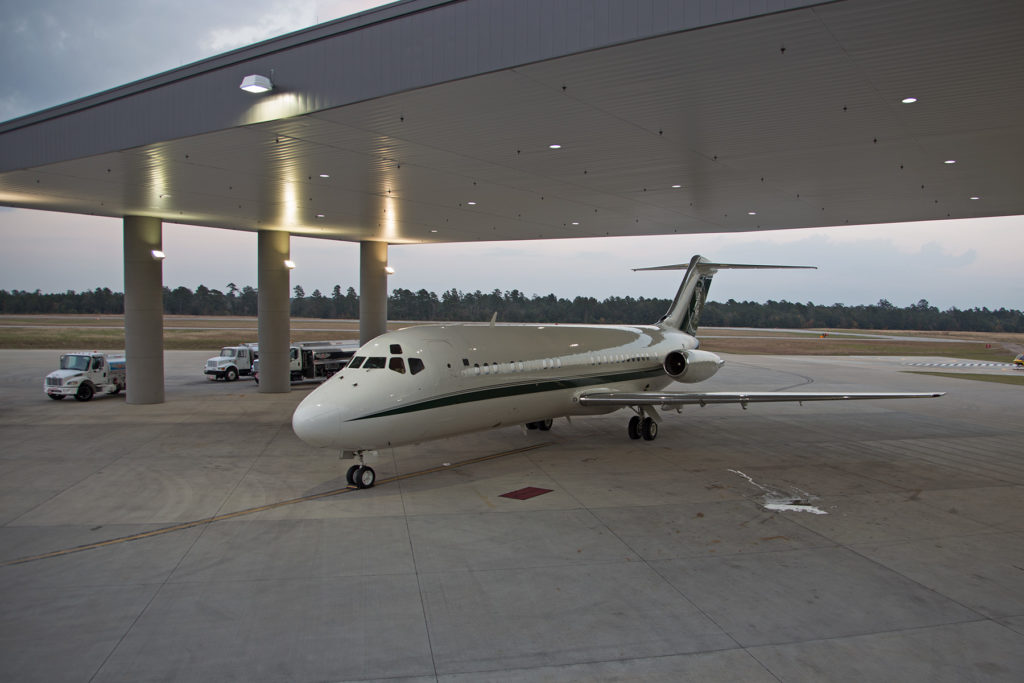