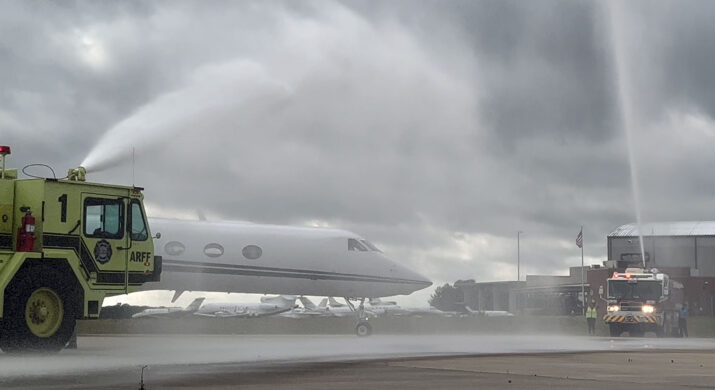 Pilot Gary Simmons operated a Gulfstream for the last time flying Part 91 for a local company.

On Friday Morning, April 29th – he was honored by a water cannon salute by the Montgomery County Fire Department on the Galaxy FBO Ramp.

Mr. Simmons is quite familiar with the CXO airport, learned to fly and became a flight instructor at the ‘Montgomery County Airport’ back in 1970s, while he was a student at the Sam Houston State University. He has seen the CXO Airport evolve over the years, including the name change from Montgomery County Airport to Lonestar Executive Airport to now the Conroe North Houston Regional Airport over the years. 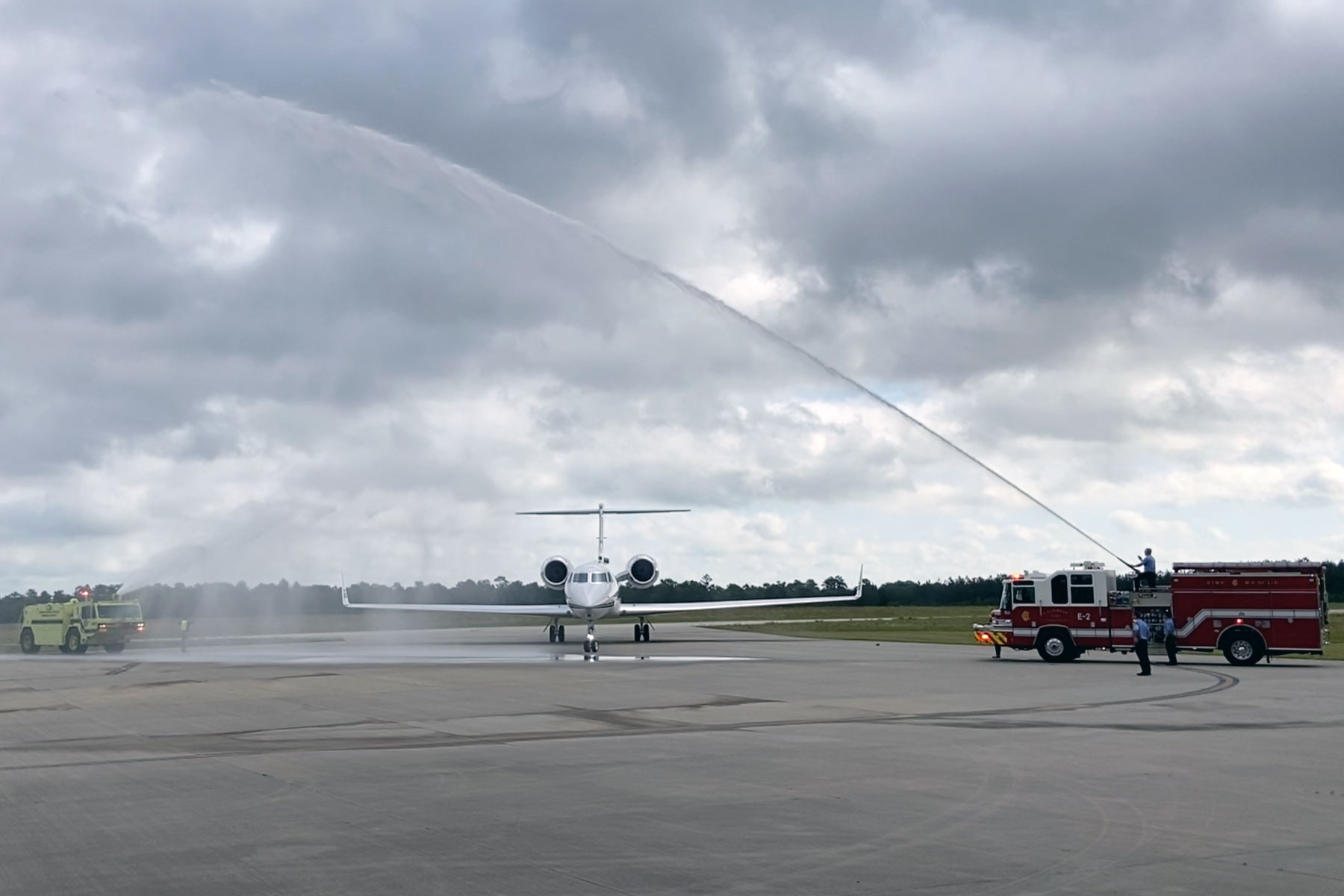 Mr. Simmons’ aviation career expands over 48 years, that includes flying commercial aircraft for Eastern Airlines, along with 91/135 operations for various Houston based Oil & Gas and Chemical Companies. With over 17,000 flight hours, over a dozen type ratings, Mr. Simmons is now retiring to enjoy time with his family, grandkids and plans to enjoy the beach life at the Texas Panhandle.

Mr. Simmons, his family, friends and colleagues met at Galaxy FBO after his last flight to enjoy his surprise retirement party.

Galaxy FBO team would like to congratulate Mr. Gary Simmons on his retirement.