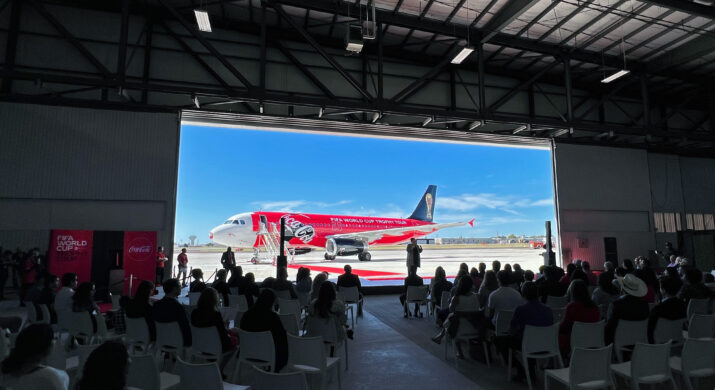 FIFA World Cup™ Trophy Tour made a special stop in Dallas at the Addison Airport.

Ricardo Izecson dos Santos Leite – aka: Kaká – presented the FIFA World Cup at a special VIP and Media event hosted by the new Galaxy FBO at the Addison Airport.

The invitation-only event, part of Coca Cola’s “Believing is Magic” global campaign, was one of only 3 stops in United States. Over 200 guests attended the event at Galaxy FBO’s new 39,000 sqft. hangar to see the one-and-only gold FIFA World Cup, which is valued over $20M. Representatives from FIFA, Coca-Cola, Dallas based Coca-Cola Southwest Beverages, Arca Continental, Texas Governor Greg Abbott, dignitaries from Town of Addison and Dallas were also among the attendees. Arlington, Texas was named as one of 11 U.S. cities to host the next – 2026 World Cup, and is a contender for the FIFA World Cup 2026 Final match. 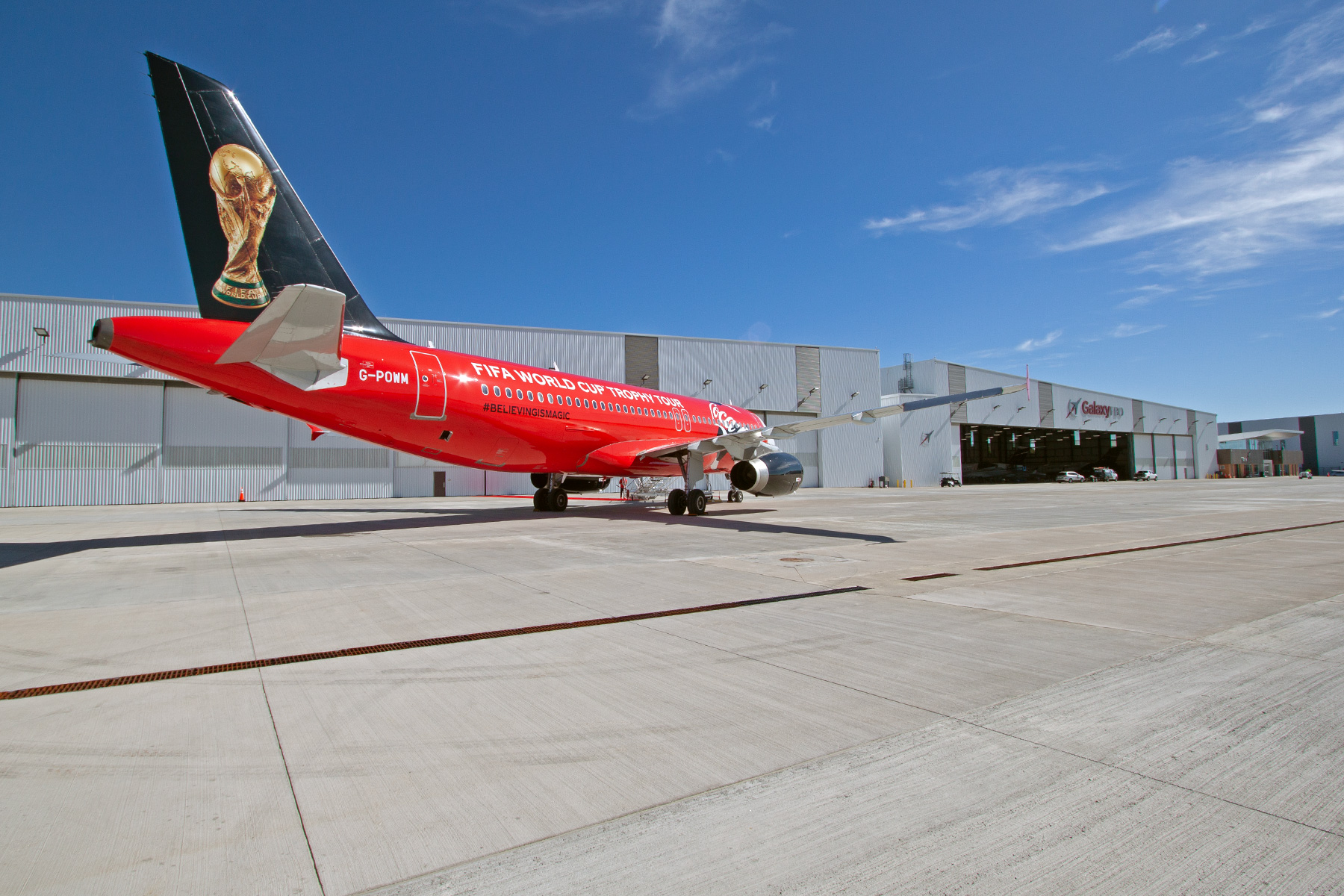 The Trophy Tour visits all 32 participating countries before the tournament starts as a way to build excitement ahead of the World Cup. An Airbus A320-232, registered G-POWM was chartered from the British carrier Titan Airways for this year’s Trophy Tour. The aircraft has been repainted in a special Coca Cola livery, with an image of the trophy on its tail. Even with Airbus’ wingspan of 117 feet, there was still a lot of space available on Galaxy FBO’s Addison ramp, and the air operations were not interrupted. 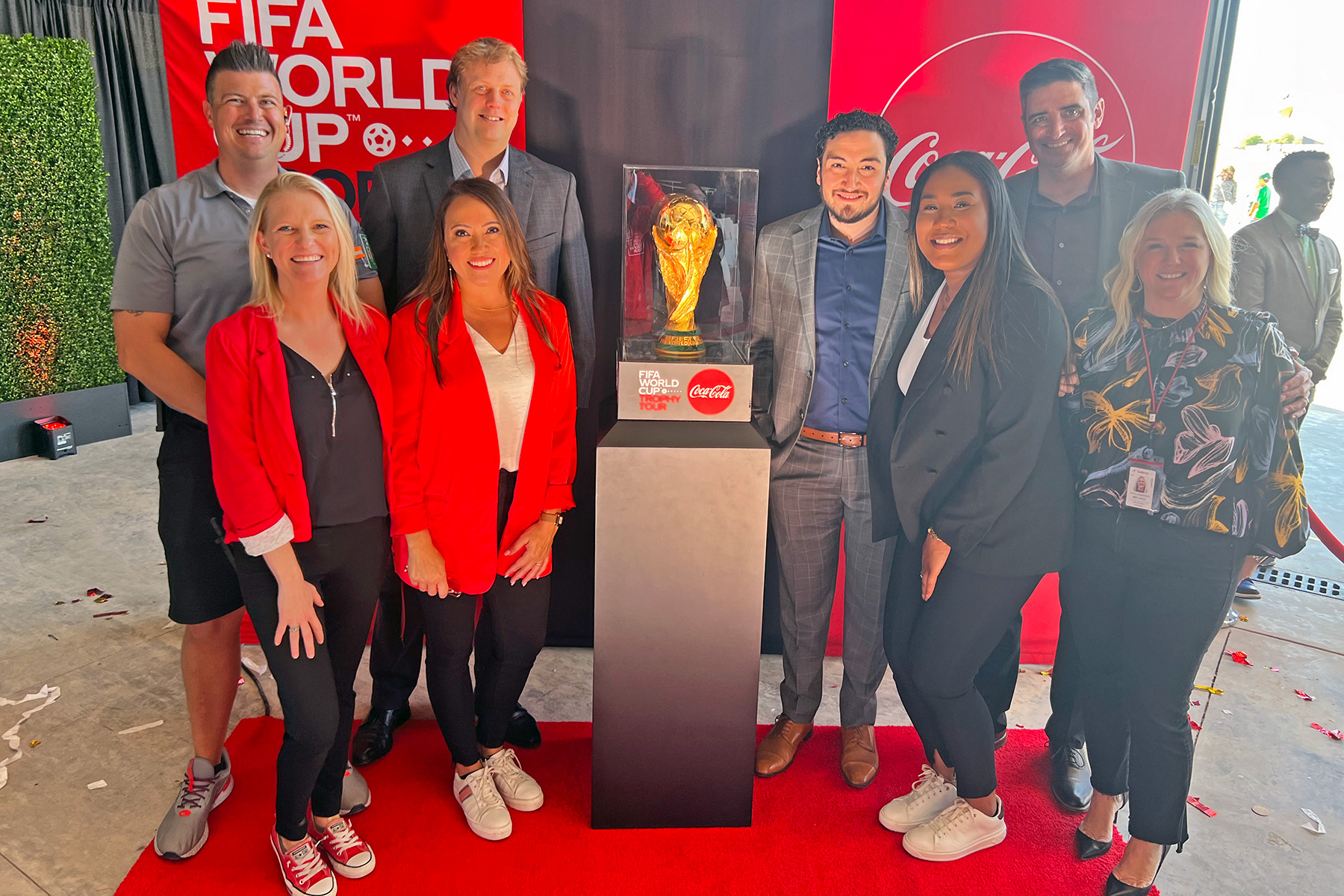 Galaxy FBO team wishes the United States Men’s National Soccer Team a successful tournament this year in Qatar, and hope to see them bring the World Cup Trophy back home.