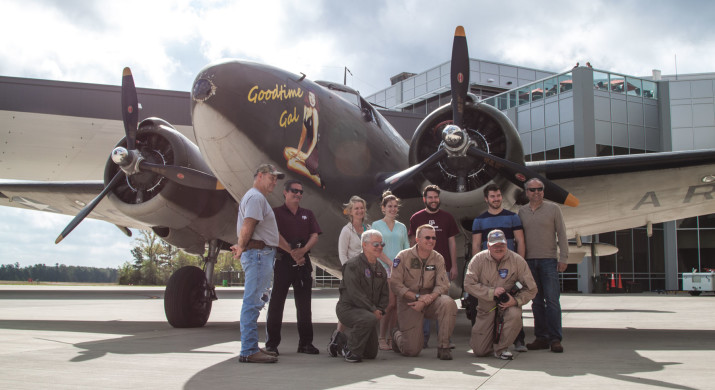 The ‘Goodtime Gal’ had her Inaugural passenger flight at Galaxy FBO on Sunday, March 29th. The Lockheed C-60A, is the first “Lodestar”, which was built specifically for military service. Galaxy FBO was honored to host her first flight with passengers since being acquired by the Commemorative Air Force. Carrying the name and nose art ‘Goodtime Gal’, the C-60A was acquired by and assigned to the Houston Wing of the Commemorative Air Force & is now flying as part of their vintage aircraft fleet.

The Houston Wing generously donated the C-60A to be on display during Wings, Wheels & Heels an exclusive charity event benefiting Angel Reach, which had taken place in the Galaxy FBO hangar the night before. on Sunday morning ‘Goodtime Gal’ flew 30 minute flight tours over Lake Conroe. Paying passengers experienced this one-of-a-kind vintage military aircraft in person & in flight. Her departure and arrival made for a unique view during breakfast/lunch at Black Walnut Cafe Conroe, with guests grabbing their spot on the balcony to witness this extraordinary piece of Aviation history. 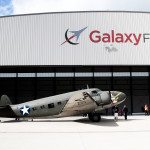 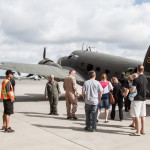 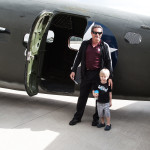 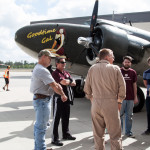 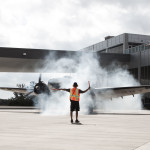 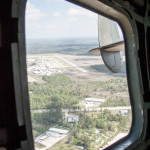 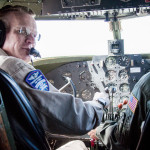 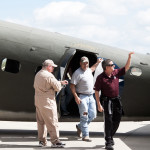 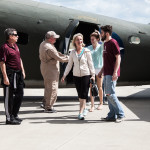